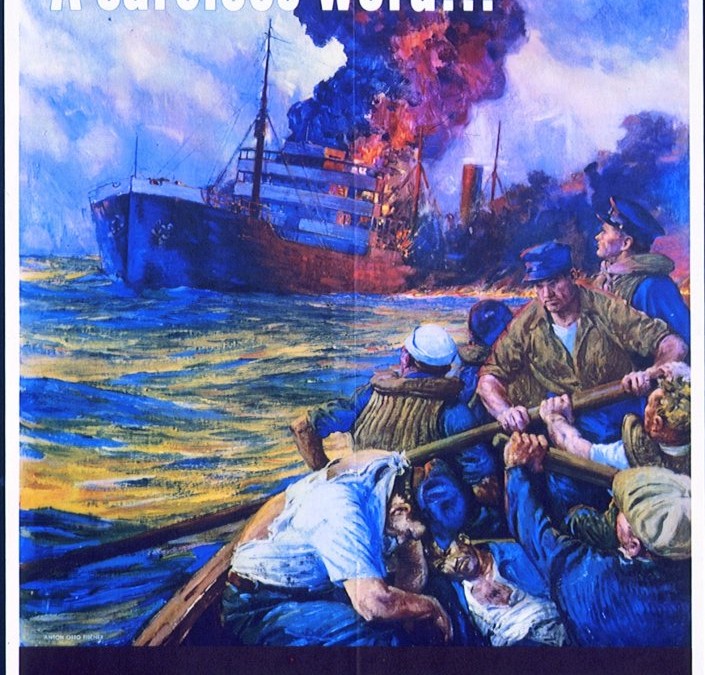 Avancept — Your company’s chief technology officer quits in May to take a new job at a giant competitor as vice-president of research. You’re disappointed but you can live with that. In September, the very best engineers working on your most promising new product leave en masse to work at the same competitor. You’re pretty sure that your former CTO has cherry picked your best employees working on your most promising new product.

What are you going to do?

Your best option: Call your lawyer and discuss theft of trade secrets. 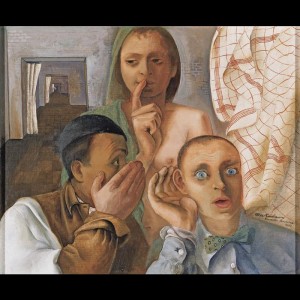 That’s your easiest legal remedy and your best cause of action. You need to put your stray ex-employees on notice, even before you start figuring out what exactly they might have stolen.

And some of the things they might have stolen or are thinking about stealing reside only in their heads.

This course of action might even keep them from spilling still more magic beans.

The trade-secret remedy also comes in handy when you need to protect your company from the damage employees accidentally do, like misplacing secret prototypes in a bar, hotel room, convention center or some other place they shouldn’t be outside the facility.

Trade secrets can be almost anything

Trade secrets are not limited to purely technical information like the chemical re-agent in your company’s detergent product or what code powers the DSL chips in your hot new gadget.

Even customer lists and customer survey data can count as trade secrets. If I’m selling pound cake, knowledge about my customers’ preference for a particular shade of yellow dye in the cake may count as a trade secret, too, especially if you happen to know that one particular shade generates 25 percent higher sales than all the other shades.

The legal definition of a trade secret is broad and includes any information that’s not public and has economic value. Key employees, especially key technical employees, salespeople or other folks privvy to your secret sauce, probably hold your trade secrets, even if those secrets reside only in their heads. People who pioneered new technology, strategies or methods on your dime also hold intangible assets in their heads. Those assets belong to you, and they’re valuable. 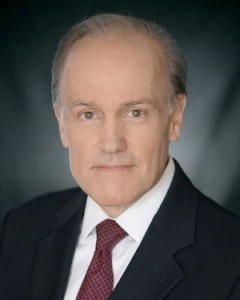 You need to protect your valuable human capital assets, says Silicon Valley litigator Jim Pooley in his new book, Secrets: Managing Information Assets in the Age of Cyberespionage. It offers an excellent, plain-English summary and starting point for understanding the basics of corporate trade secret protection and how to put in a robust trade secret protection plan in your company.

“More than anything, protecting trade secrets is about managing people,” says Pooley, adding that “your company should really create an information protection plan.”

Before the Internet, the only avenue for a competitor to snatch your trade secrets was to break into your facilities or bribe one of your employees. Not anymore.

“Because more and more company information resides on computer servers that are accessible over the Internet, companies now offer nearly infinite portholes for theft,” Pooley says. That explains the relatively recent jump in computer espionage incidents.

Pooley adds that the advent of cloud services has further fueled corporate spies with more ways to filch your most important company secrets. And “with the growth of cloud services, companies these days might not even be storing their most secret information on their own servers … and even if they are, a lot of this data has gone out over the Internet and come back again,” he says.

That gives corporate spies more and more opportunities and methods to get away with the goods.

All the secret iPhones left in bars… 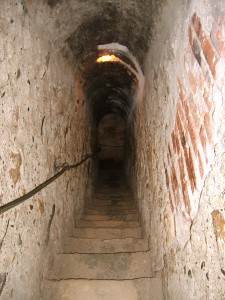 The Apple iPhone4 case offers one particularly high-profile example of smart trade secret protection. Just prior to the iPhone4‘s release in 2010, an Apple employee out for an evening of fun accidentally left a prototype of the then-top-secret device on a Silicon Valley bar stool.

Apple managed to regain the lost hardware without too much loss, Pooley explains in his book, thanks largely to the force of trade secret protection. While photos of the device were splashed all over the Internet, no key technical details leaked out, and the bar patron who found the device and took it was forced to do community service after behing charged with misappropriation of lost property, a misdemeanor.

Oddly enough, a year later, Apple relived the horror: Again, an Apple employee left a prototype iPhone in a Silicon Valley bar. This time it was the Apple iPhone5 prototype. Once again, trade secret protection helped the company regain its lost device, though not before a leaker shared photos and specs with the media.

When mistakes happen trade secret protection helps you clean up the mess.

If only you could hire just Oompa-Loompas …

In “Charlie and the Chocolate Factory,” Willy Wonka decided to protect his chocolate recipes against chocolate spies because he couldn’t trust anyone else with his recipes. So, Wonka fired all the employees and replaced them with hundreds, maybe thousands, of Oompa-Loompas.

Unless you can find some friendly Oompa-Loompas your best recourse, says Pooley, is to put a serious trade secret protection policy in place at your company. 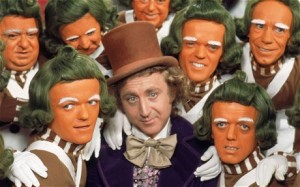 So think about what pieces of valuable corporate information you need to protect, and how you plan to go about protecting it. But it’s important to stay realistic. No matter what you do, the cold, hard fact of it all is that all your employees, even the best ones, are eventually going to slip away. Trade secrets age, too.

As Pooley points out, trade secrets typically grow less and less valuable as the products or methodologies they apply to fall out of common use.

Now, even if Ashley Madison were able to catch the hackers who snatched the personal data of its wannabe adulterers, how could the firm really ever be compensated for being forced to pause its planned $200 million IPO on the London stock exchange?

Trade secret protection is nonetheless a critical tool for any company with trade secrets, which pretty much means every company.

So should you buy Secrets? 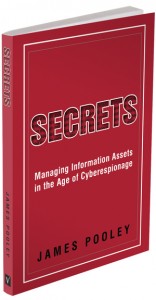 Yes. Pooley’s book provides an excellent introduction for what you need to know about trade-secret protection in the contemporary commercial world. It’s breezily written and entertaining, so far as a book on trade secrets can be entertaining. And the inclusion of sample documents you can use in building your company’s trade-secret plan is thoughtful and useful.

Secrets, by design, doesn’t veer too deeply into the specifics of any recent trade secret litigations. That really isn’t the point of this book, but if you’re aiming to build a really decent plan to protect yourself against trade-secret theft, you need to be up on what works and what doesn’t in courts and in the court of real life.

So I put some information together for you on a recent, high-profile case that deals with employee raiding. Here are the details on an important trade-secret litigation that just wrapped up, A123 Systems v. Apple. Read about some of the court documents below.

Automotive battery developer A123 Systems sued Apple earlier this year. The litigation tested the strength of A123’s strategy for protecting its human capital and its know-how assets. The case affords a lot of insight on how A123 Systems managed to protect its trade secrets in its battle with Apple, a company many, many times its size.

Remember the hypothetical I started this column with? This case was similar in that a top engineer left A123 Systems for Apple and soon, a bunch of other key employees followed suit.

The battery developer’s suit against Apple centered on five key scientists and engineers who left the firm for Apple and, in the same suit, A123 also sued the engineers individually for violating various clauses in their employment contracts.

All parties reached a settlement just a few months after the case was filed — we don’t know why or in whose advantage, though I suspect it settled in A123’s favor because of the speed with which they reached settlement and Massachusetts’ strong pro-company laws. The point, though, is that the case settled many months before there were any significant decisions on the merits of the case.

In the media, the particulars of this trade-secret case seemed less intriguing than speculation around Apple’s plans to sell electric vehicles. After all, it was hiring teams of tech people from a car-battery maker.

From an intellectual property standpoint, A123’s lawsuit is fascinating because the case tested how various trade protection legal strategies worked for A123 in its fight to protect the brain capital held by key employees that Apple hired away.

For any company willing or able to employ layers of trade secret protection techniques, this case is a great, recent example.

A close examination of the lawsuit also informs one of the sorts of management techniques that could help you avoid such litigations and even reduce the harm inflicted before legal action is taken by your company. Scroll below for the relevant trial documents.

What exactly was A123 complaining about?

The complaint, originally filed in Massachusetts state court and later moved to Massachusetts federal court, included seven causes of action. You can read the full complaint below. They are:

Legal regimes around the world provide companies with varying degrees of freedom for suing their employees using causes of action such as covenants not to compete.

These engineers all worked in A123’s Waltham, Mass. research facility, in which it was developing Lithium-ion batteries. According to the docs, one of the defendants ran the Waltham facility and was in charge of the Lithium-Ion division. And this complaint from A123 suggests that this particular employee helped Apple select which employees to recruit into Apple’s new battery program.

The raiding cause of action is somewhat unique to this litigation, as complaints against employee raiding would typically be handled by the other complaints aimed against Apple.

In its complaint, A123 claims that Apple had also poached battery scientists from LG, Samsung, Panasonic, Toshiba and Johnson Controls. So far, though, none of these parties have sued Apple.

The complaint also named as defendants five former A123 employees. The three breach of contract claims are leveled against them. The NDAs that these employees signed were likely very helpful to the overall case. Too many small companies don’t NDA their employees adequately. The A123 case is a good reminder for why you definitely want to make sure you’re not one of them.

In short, A123’s trade secret protection plan was sterling in that it really did everything it could do early on so that, if it needed to, it had all the legal weapons it would ever need to fight anyone. Even giant Apple.

For court documents and other key information regarding the A123 Systems v. Apple case, scroll below the fold.

Employment agreements and correspondence between A123 and Apple:

More correspondence between A123 and Apple:

Editor’s Note: An earlier version of this article appeared on aNewDomain.

Cover: World War II secrets poster courtesy Wikimedia Commons, This work is in the public domain in the United States because it is a work prepared by an officer or employee of the United States Government as part of that person’s official duties under the terms of Title 17, Chapter 1, Section 105 of the U.S. Code; Das Geheimnis – Le Secret, “Das Geheimnis – Le secret“ by Felix Nussbaum – http://www.felix-nussbaum.de. Licensed under Public Domain via Wikimedia Commons; James Pooley, courtesy Veruspress, All Rights Reserved; book cover for “Secrets – Managing Information Assets in the Age of Cyberespionage, courtesy Veruspress, All Rights Reserved; Oompa-Loompas, courtesy The Telegraph, all rights reserved; Bran castle secret passage,”Bran castel secret passage” by Alessio Damato – Own work (I took this picture by myself). Licensed under CC BY-SA 3.0 via Wikimedia Commons. See Copyright; Ashley Madison company logo, “Ashley Madison logo” by Source (WP:NFCC#4). Licensed under Fair use via Wikipedia.