A strong patent and/or a thicket of closely related patents can thwart a competitor’s efforts to bring products to market that have technical features covered by the patent’s claims. Think of the injunctions obtained by giant pharma companies over the infringement of blockbuster drugs. Pharma’s ability to protect their products with patents allows them to mark up the cost of the drugs many, many times above production costs, allows them to recoup their incredibly expensive development costs, and returns profits to the company’s investors. As corporate assets, patents may also be sold profitably to others, such as the $4.5 billion auction of Nortel’s patent portfolio in 2011.

On the downside, patents are expensive to obtain and even more expensive to litigate. Patents often take years to obtain, but a company’s need for a given patent may have passed before the patent has been granted.  In addition, a company’s competitors will be able to study a patent application 18 months after it has been filed, but the company won’t know the strength of the patent until a patent examiner has critically reviewed the application. These are some of the downside considerations. 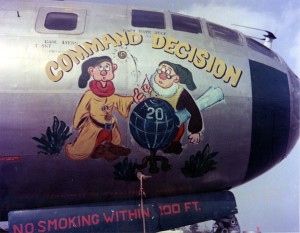 Companies should generally be selective about the patents that they file. Otherwise, a company may find that it holds a very expensive patent portfolio that serves no real strategic purpose and a dodgy tactical purpose.

We promote methods that enable clients to more easily identify and formally protect the real gems. To complement this selection process there should be other forms of protection depending on the exact type of innovation and the business goals of the company. Such protection schemes should be agile and be clearly translatable into an asset value for the company.

By identifying and patenting the gems, a company can often achieve an optimum balance between cost and asset value. Firms should generally avoid filling the patent bucket, as such patents sometimes contribute to a negative asset value. Companies can incur a negative asset value when their patents cause significant costs to obtain and maintain while also being difficult to validate with both patent examiners and among competitors.

Innovations that should be considered for protection by patents include for example:

1) Core patents, sometimes referred to as alpha patents, that protect step function changes in real world innovation. Since these patents protect step function improvements in knowledge, companies should maintain a cloak of secrecy surrounding the invention ahead of the patent’s filing date and perhaps longer. If the secrecy is maintained pre-filing, then there is an increased chance that no highly pertinent prior art exists for a truly groundbreaking invention. Also, as the patent application is probably the first to be filed in a new field of technology, care should be taken to expand the horizon of the engineers to capture the full spectrum of possible applications. If the above steps are taken then such core patents will have significant asset value.

2) Second tier, or beta patents, protect the evolution of methods, processes and algorithms that a new technology requires. These second tier innovations solve the problems associated with taking a new concept from the research lab to a high volume profitable business. Such patents are likely to be shorter lived in importance than the alpha patents since one can expect more efficient processes to be quickly developed. Some of these second tier inventions may more effectively be protected using a formal trade secrecy policy, and associated systems, rather than patenting.

We have a team of consultants who are able to develop such a protection scheme tailored to the needs of most companies across all technology areas. Also, in support of inward investment, or cost reduction, we are able to provide an in-depth qualitative analysis of the existing patent portfolio of a company to identify and classify the most important patents.

Note: This article has been intended to stimulate discussion and has not been intended to provide legal advice. Readers are invited to discuss the issue with their own legal counsel before taking action.